As manufacturers of equipment, our cloud services were born from a need to gather operational data on products in the field, for the purposed of research and development. Its impossible to develop new products without data.  We needed a solid, open-source controls and monitoring platform that was free to use and didn’t need us to go through third parties, but was also extremely powerful and capable of handling vast quantities of real-time data from thousands of control points and pull it all together into simple user interfaces that let us analyse the data in detail.

The system we developed is built on open-source IoT technologies that, in the  meantime, have become the IoT industry standard for provision of user logic and communications, namely Node-RED and MQTT (Message Queuing, Telemetry and Transport).  These systems are responsible for the bulk of the world’s IoT traffic, and put the older generation of closed BMS controls to shame, although the latest generation of BMS control is starting to offer MQTT.

We have combined this technology with the power of Google Compute’s virtual machines (or anyone else’s) to collect MQTT data from devices in the field, store the data, analyse it, generate graphical dashboards and historical graphs, and drive alarming.

“The client asked for a system that they could take in-house if needed, without strings attached.  So we gave them ours.”

We use open technologies and standard IoT methods for implementing cloud systems. This means that the entire system can be migrated wherever the client desires, including in-house running on a Raspberry Pi if that’s the choice, or moved to Microsoft’s Azure.  At any point the client can simply copy and paste the entire logic for the system into another platform.

We have opted to use the open MQTT protocol as our primary communications protocol because of its power, speed and reliability, as already used to drive messaging on the world’s most popular social media platforms. It allows us to share data near real-time between devices and users, using rules and permissions, so we can route data wherever or to whoever we need to.

The open source technologies we use have a massive user base. Having been originally developed by IBM they now form part of the global IoT collaboration, and one just has to search online for videos of Node-RED or MQTT to understand the depth of support there is available. For engineers, this means you can become as expert as anyone without paying a penny, limited only by your own ingenuity.

We developed our systems to both monitor and control our products, which happen to be the best there is in the heat network industry (as independently tested). We add most of our value in been able to tailor these open technologies to deliver the engineering functionality and diagnostics required by heat networks and related equipment, with templates tailored for the application, be it managing HIUs and substations, or a fleet of mobile boilers.

Cut through the glitter

Everyone likes a fancy graphic,  but once you have looked at a nice screen a few times, it gets forgotten about – especially if everything is working.  When a problem comes along, nobody is looking anymore.

The whole point of any monitoring platform is simple – to ensure that the right people know about a problem when it happens. Everything in the middle is wiring and dressing.

Alarming is at the core of our software, enabling clients to establish detailed rules about who receives what alarms and when. We have developed three alarm levels, starting with emails for lower level alerts, moving up to SMS messages for immediate alarms. Alarms can also be phoned through, where a choice of robot accent will call you up, deliver a message, and ask for confirmation of acceptance – or move on to call the next person on the list.

With such a system in place, you can truly forget about assets in the knowledge they will hunt you down when an intervention needed.

With many years at on the front line of servicing equipment we understand the value of having a user interface tailored to the users specific requirements.

We use the industry standard SVG file formats for graphics, allowing us to convert anything that can be provided in PDF format into live graphics, including existing user interfaces or schematic drawings.

Open technology at the core… 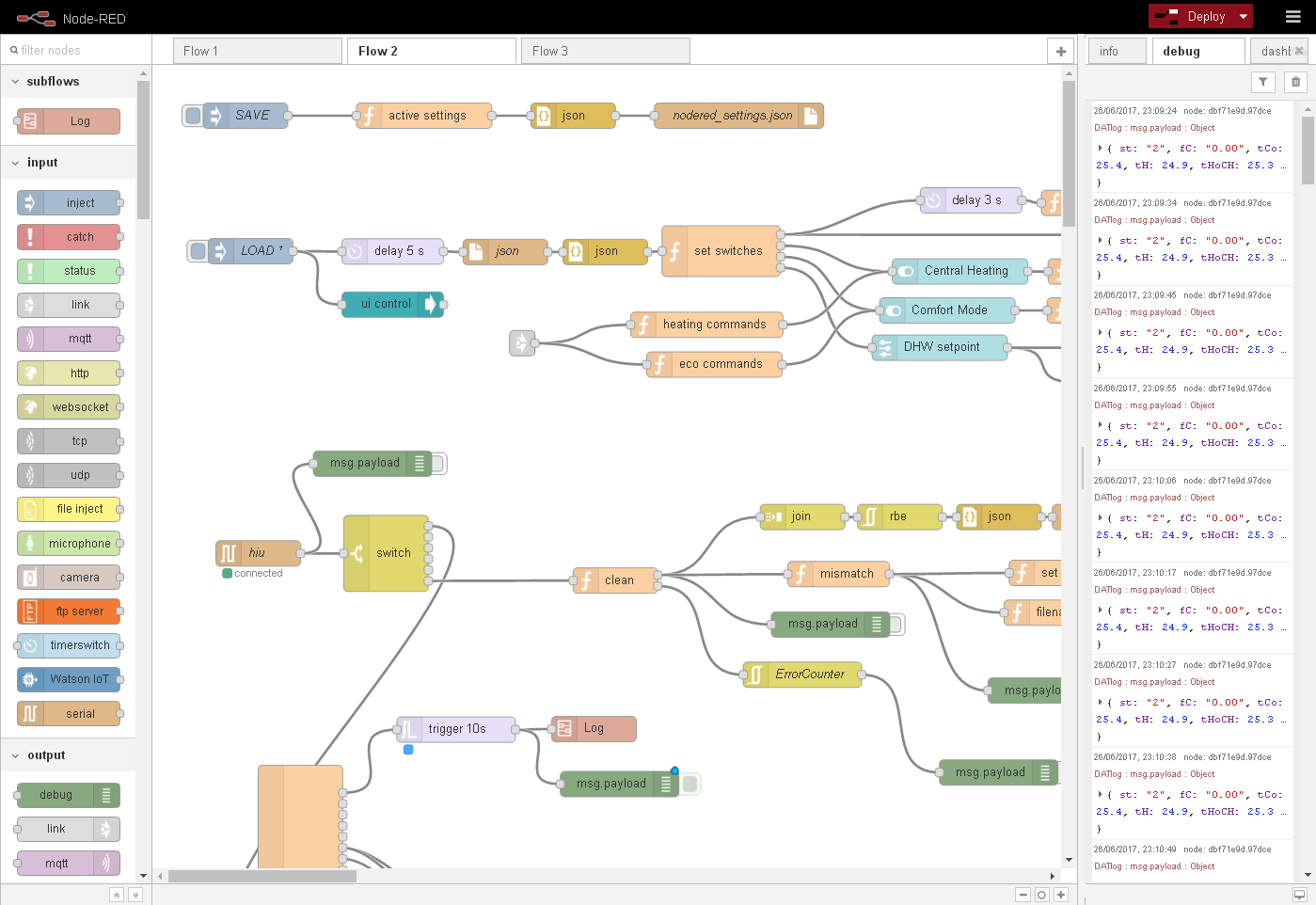 Node-RED is a programming tool for wiring together hardware devices, APIs and online services in new and interesting ways. It provides a browser-based editor that makes it easy to wire together flows using the wide range of nodes in the palette that can be deployed to its runtime in a single-click.

The software is used by numerous manufacturers and cloud service providers to offer users a means to customise logic. 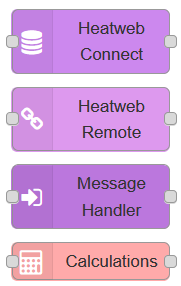 We have extended the functionality of Node-RED with a suite of HEATWEB nodes designed for managing heat networks and controlling HVAC equipment.

Once included in a Node-RED flow, the nodes provide functions for routing and handling data from devices, as well as a browser interface that can be highly customised.

With many years at on the front line of servicing equipment we understand the value of having a user interface tailored to the users specific requirements.

We use the industry standard SVG file formats for graphics, allowing us to convert anything that can be provided in PDF format into live graphics, including existing user interfaces or schematic drawings.