Anybody can say they are Number 1, depending on how you dress it up.

The BESA HIU testing standards have been developed by operators and designers of heat networks for the benefit of end users, by making sure equipment that is fitted to networks operates to expected levels of performance and efficiency. It says a great deal that most manufacturers who have attempted to gain approval have failed to do so, with only a handful of the best manufacturers able to prove their equipment meets the standards exacting requirements.

For two years now, since the start of the standard, Thermal Integration have held the number one position in efficiency, demonstrating to the world just how efficient heat networks can be when built using the correct equipment.

So when it comes to selecting an HIU for your own heat network, do you want something that pretends to be efficient, or something that has been independently tested to be so? 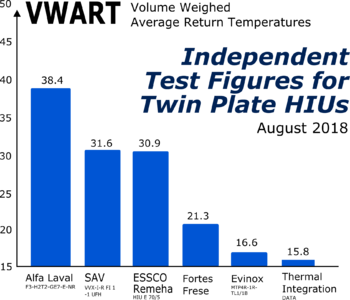 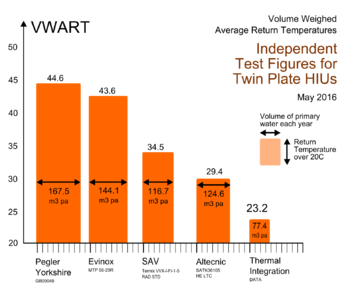 Our latest results are as follows: