2019 has been the first year where modern electronic HIUs with remote real-time connectivity have been used in any numbers in the field, and the data these systems is providing has taught us a lot. Previously, the only systems that existed for remote data were based on a master/slave setup, such as heat meters, which can provide live data, but not very often. With such master/slave systems it is difficult to record data from more than one device simultaneously, and we have had to live with readings ranging from once per minute to once per day as devices are read in turn. It may be live data, but hardly real-time and it is impossible to analyse events that last only seconds, such as a hot tap running.

The latest generation of HIU networks instead provide parallel real-time data, where devices are in control of when data is sent, when something interesting is happening. Furthermore this data can be as fine as one second intervals, allowing events such as a tap use to be analysed in detail. For the first time ever we can see exactly what is (or has been) going on in every event.

For many applications there is no need for such a level of detail. If all we want to know is how well a system is performing, then occasional reads of heat meter data will give us a good idea, as some readings will coincide with events and we can determine return temperature performance for example. This is interesting to a client, as it tells them there is a problem to be looked into. They still need to arrange access for an engineer to determine the precise cause of the problem, and then to fix it.

By contrast a real-time system would be looking at every single event, analysing every problem. All the pressures, temperatures, flow rates, and valve positions are known (rather than implied) and this enables an engineer (or the system software) to work out the cause of the problem and even the appropriate corrective action, which may be as simple as a change in settings such as the central heating return limit. This may sound like a lot of data, and one would possibly assume more data means more data to be transmitted or saved or covered by data protection, but it is quite the reverse. Data is analysed locally, within the hard-wired systems, where it is filtered and only important data needs to be transmitted. This is called 'exception reporting' and can allow one to deploy remote connectivity with very low data requirements. 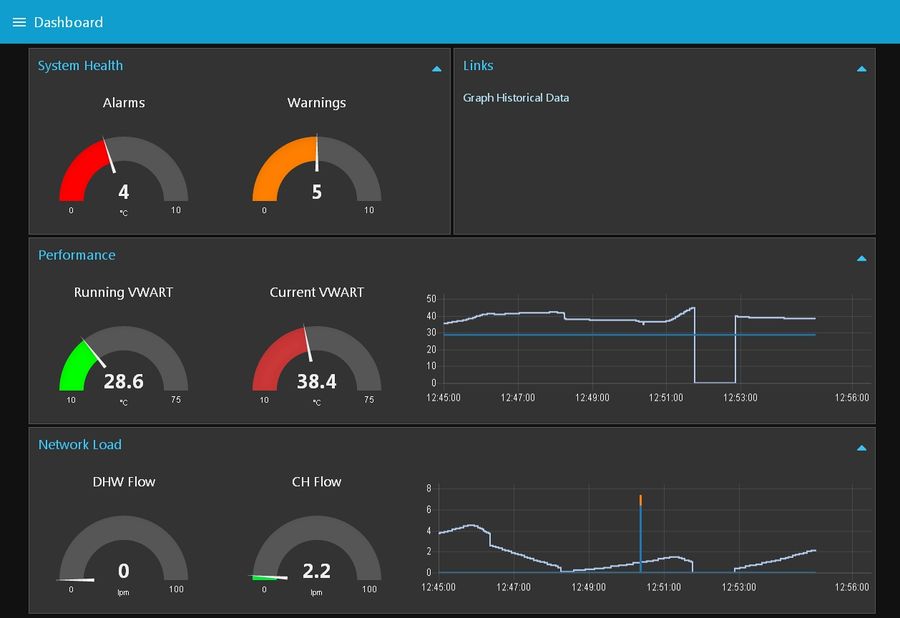 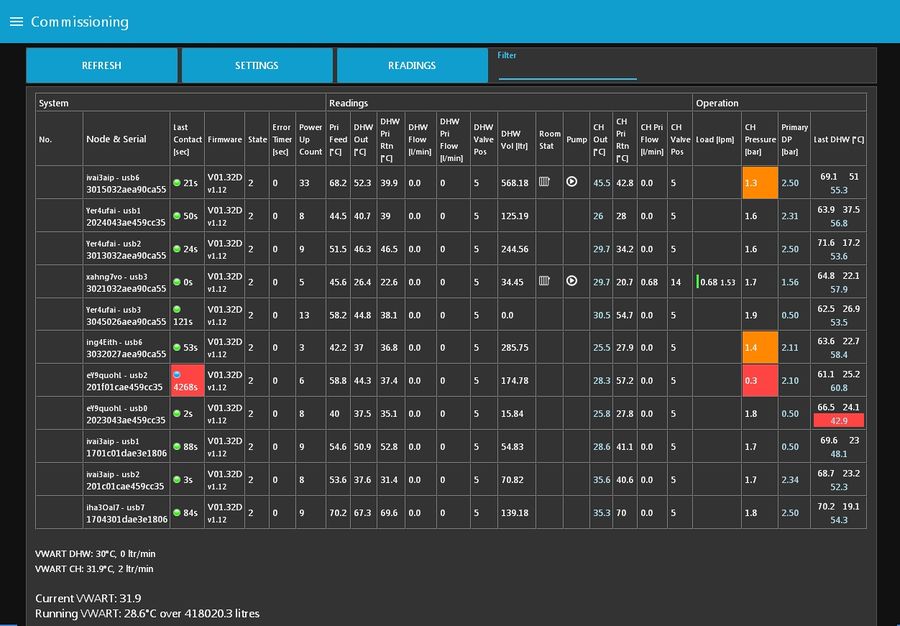 The benefits of real-time connected HIUs are now no longer theoretical but a practical reality. The biggest change we have noticed on the front line of preparing for hand-over day is that we can now guarantee everything is working perfectly before hand over, and continues to work post hand-over. Previously we relied on factory setup, commissioning engineers doing their part diligently, and that nobody else plays with anything important. With proper organisation and training this works, but it does take significant effort to find and solve everyone's problems (what we call a decent level of customer support). Nowadays, we can bring up a screen to confirm everything is perfect, we can generate reports to prove this is the case, and changing settings is a task that takes seconds, all without moving from one's office chair. If something is out of range we get an email, and if there is an urgent problem engineers get a text message. 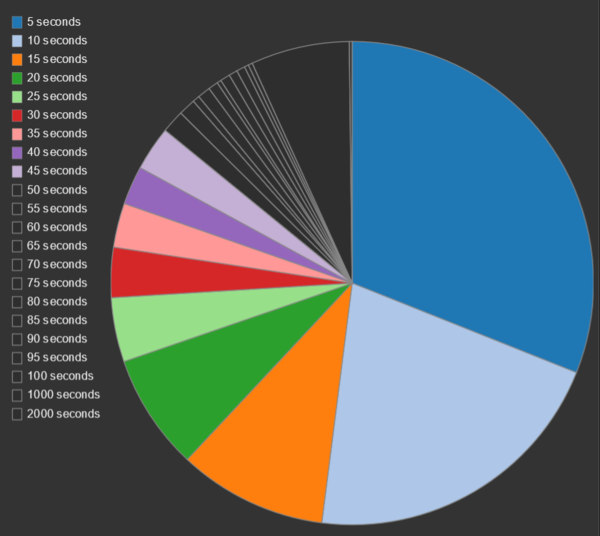 And we are learning new information. The 'big' data on tap use has allowed us to plot the typical tap durations, as shown in the chart, with roughly half of all tap uses lasting less than ten seconds. The number of tap uses on record has now passed one million giving us the data sets needed to work out realistic diversity profiles for properties.

But, it's not just HIUs where we are applying this level of control and monitoring, but the entire heat network, including sub-stations and plant-rooms. The system developed for HIUs is based on open protocols and can be easily replicated without licences on numerous platforms. It is also more powerful than the existing BMS systems used to control and monitor plant-rooms, and has proved itself rather capable in the field doing exactly that. Now, the same open systems used on HIU networks can cover the entire network end-to-end, and we can finally implement the more advanced functions such as load shifting or shedding.

The key to all this has been open IoT technology, most notable MQTT for handling data, and Node-RED for logic control. Both of these are best researched using YouTube, but in brief, they provide the means for just about any device with a network connection to perform complex tasks and communicate using a common infrastructure. This means that software written to run on an industrial PLC can also run on a mobile phone, a Raspberry Pi, a laptop, or in the cloud. From end-to-end we are using the world's most popular (and powerful) IoT software environment, in combination with the same communications protocol that drives most of the world's instant messaging and IoT communications. There are no barriers to learning, and very few limits to what can be achieved. For example, you could search in a browser for 'install Node-RED' and within five minutes be up and running with no costs or contracts. Furthermore, the interface is designed to be user friendly as well as powerful, providing both a visual wiring environment and the ability to write custom code where the standard set of drag-and-drop tools are not sufficient.

In the world of heat networks, the impact IoT technologies will have should not be underestimated. We have seen how independent BESA testing has transformed the knowledge of HIU efficiencies, and IoT systems will do the same for the network at large. Where before we had bespoke plant control systems that nobody understood and rarely did much controlling, we will have transparent control algorithms that come initially from manufacturers' efforts, but then evolve through collaborative input from the community and feedback from existing installations. Installers will have the tools they need to snag every problem with minimal effort, and there will be no more guesswork when it comes to support. There will be no more closed protocols where operators are locked in, and there will be no room for charging for simple functionality such as remote alarms, prepay services or home automation.

Contact technical at Thermal Integration for a demonstration, or search for Node-HIU on our wiki site at https://www.heatweb.co.uk/w