The use of district heating to deliver hot water and central heating to local authority properties is becoming more and more common, offering a way to provide cheaper, low carbon heat to residents. The energy systems are a move away from gas boilers or electric storage heaters in individual properties, as they see heat produced at a central point then distributed throughout the building, providing heat and hot water to residents. Hailed as a solution to the UK’s energy needs, the wider rollout of heat networks does, however, face significant stumbling blocks according to a leading component manufacturer.

Thermal Integration has provided pre-plumbed hot water and central heating cylinders, thermal stores and Heat Interface Units (HIUs) to heat networks for the last 20 years. Richard Hanson-Graville, Technical Manager at the company, said: “Some heat networks aren’t performing as well as they should be and that poses a major risk to their wider rollout.

“The main reason for the lack of efficiency can often be put down to a lack of standards in the industry, as well as a lack of independent performance data on equipment.

“Unlike the gas boiler industry, where boilers are tested and given efficiency figures that allow direct comparison, HIUs – the key component of heat networks - used to deliver the hot water and central heating have never been directly comparable. This makes the job of specifying an efficient HIU far more difficult for local authorities.”

This situation looks soon to become a problem of the past, however, as a standard UK testing regime for HIUs has been developed by energy consultancy FairHeat, with a steering group of key industry stakeholders established to govern the standard going forward. Developed as part of a project run by the Department of Energy and Climate Change (DECC), the standard evaluates the performance of different HIUs within the context of typical UK operating conditions, giving manufacturers a framework to evaluate the performance of their equipment and inform their continuous improvement development programmes.

Thermal Integration was one of the first set of companies to send its HIU to be tested by the SP Technical Research Institute of Sweden against this new standard and came out top when compared to other leading manufacturers. Richard Hanson-Graville added: “Most of the well-known manufacturers have now signed up to this new standard, which finally provides specifiers with the performance data required to make the correct procurement decision.”

Thermal Integration is no stranger to improving the performance of heat networks. It recently lent its expertise to a project designed to diagnose heat network inefficiencies using machine learning algorithms, also funded by DECC. Led by pay-as-you-go metering and efficiency monitoring company Guru Systems, and supported by FairHeat and Martin Crane of Carbon Alternatives, the project looked at efficiency data from three networks across the UK and used finely-grained performance data to identify site improvements. Thermal Integration was called upon to provide its HIU expertise to the project team working on a Network Homes’ development taking part in the trial.

Using flow and return temperature data drawn from Guru Systems’ metering and billing systems, FairHeat – which oversaw the improvements on site - identified that flow rates were a long way from those required for efficient operation of the system. Following analysis, the project team extracted a HIU from site and ran it through a series of tests to arrive at possible ways to improve the system. The solutions ranged from improving insulation, changing controls, and even the complete replacement of the HIUs.

In total, a comprehensive set of interventions, including valve replacement and insulation, was carried out on 44 HIUs, with a more minor programme of insulation works at a further 45 properties and the replacement of two HIUs.

Network Homes, one of the UK's leading housing association developers, owns and manages over 20,500 homes across London and the South East, its Director of Compliance and Planned Works, Gavin Pierson, said: “An improvement was noted immediately with the introduction of the improved units, the efficiency of the systems has increased and we are currently reviewing the working data to identify further efficiencies.

“The improvements carried out by Thermal Integration have allowed us to expand our knowledge of the HIU industry and the manufacturers leading the market. In light of the findings, we have also updated our ‘Employer Requirement’ documentation, which is used by our development team to ensure that upcoming projects deliver the best possible system to our residents.

“We have a number of schemes where commercial sized boilers are servicing multiple properties with a heating and hot water supply and will be reviewing our specifications for HIUs and associated equipment in the future.”

For further information on the HIU testing regime can be found on FairHeat’s website - http://www.fairheat.com/hiu-testing/ 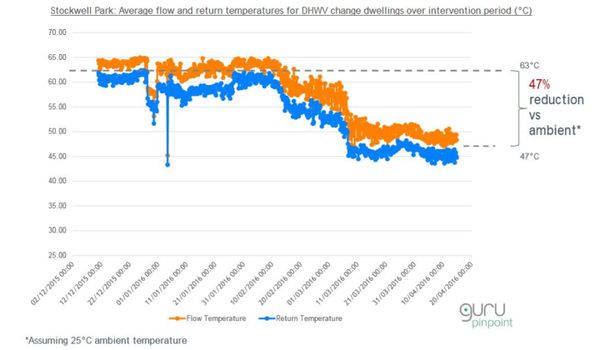