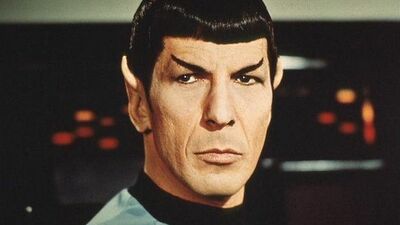 This is thinking on the best way to upgrade existing housing stock to zero carbon.

The current date is 20th March 2022, and we have just completed numerous BEIS fundedn HNES schemes.

18 minutes in (but please watch it all) is information on the Green Heat Networks Fund.

This puts hundreds of millions of pounds behind the proper solutions to the problem of converting heat networks to heat pumps.

The best solution is outlined below, and it is our role as the industry experts on renewable heat networks to educate the industry and heat network operators how best to accomplish the goals of the funding.

The 250% modulation is important. At 60/30 we have an average radiator temperature of 45C, and a difference to room of 14C. in steady state this us usually more than enough down to 5C external temperatures.

IN OTHER WORDS... changes in central heating load, resulting from changes in external temperatures, can be perfectly met by adjusting the network operating flow temperature and maintaining a steady 30C return temperature regardless of season. As long as the system stays that bit hotter than required, room thermostats will do the finer control, as well as user trimming on RTL valves.

It also means, in reverse, that systems setup to operate at peak load requirements (those that do not weather compensate), are pumping out more than 2.5 times more heat into the building than they need to in Summer. A current system may have both a flow and return pipework system all above 70C at all times. The solution put forward would have a flow pipe nearer 55C in Summer at night, with the return pipe near 25C (riser air temperature). Insulation would be shifted from the return pipe to the flow pipe, with a standard 50mm on flow pipes and 15mm on return pipes. This further reduces losses for a similar material investment. 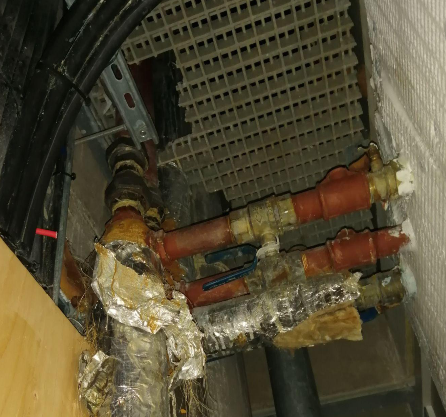 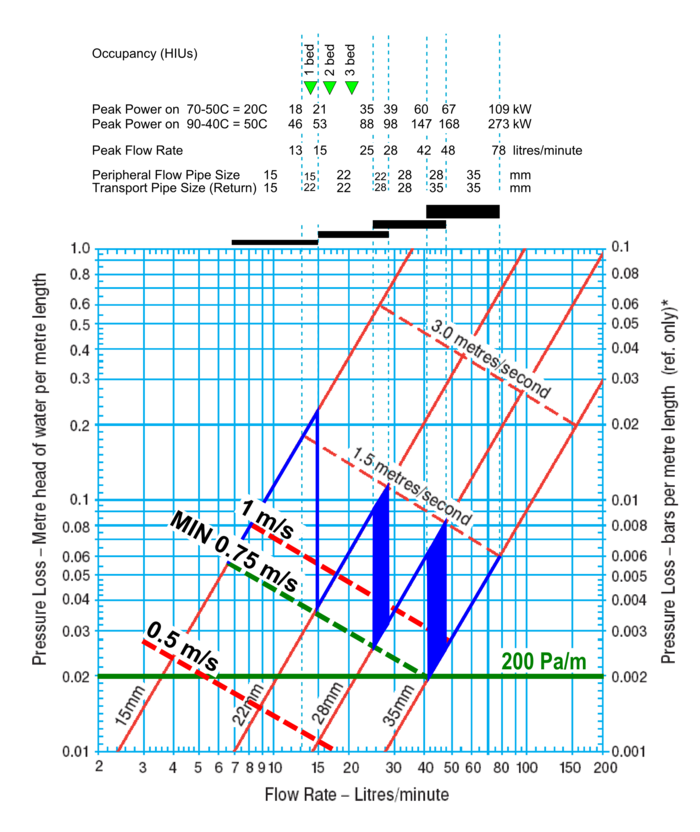