First attempts at compensating flow temperature were too slow. Time between room stat calls is too variable.

Speeding up improved this. 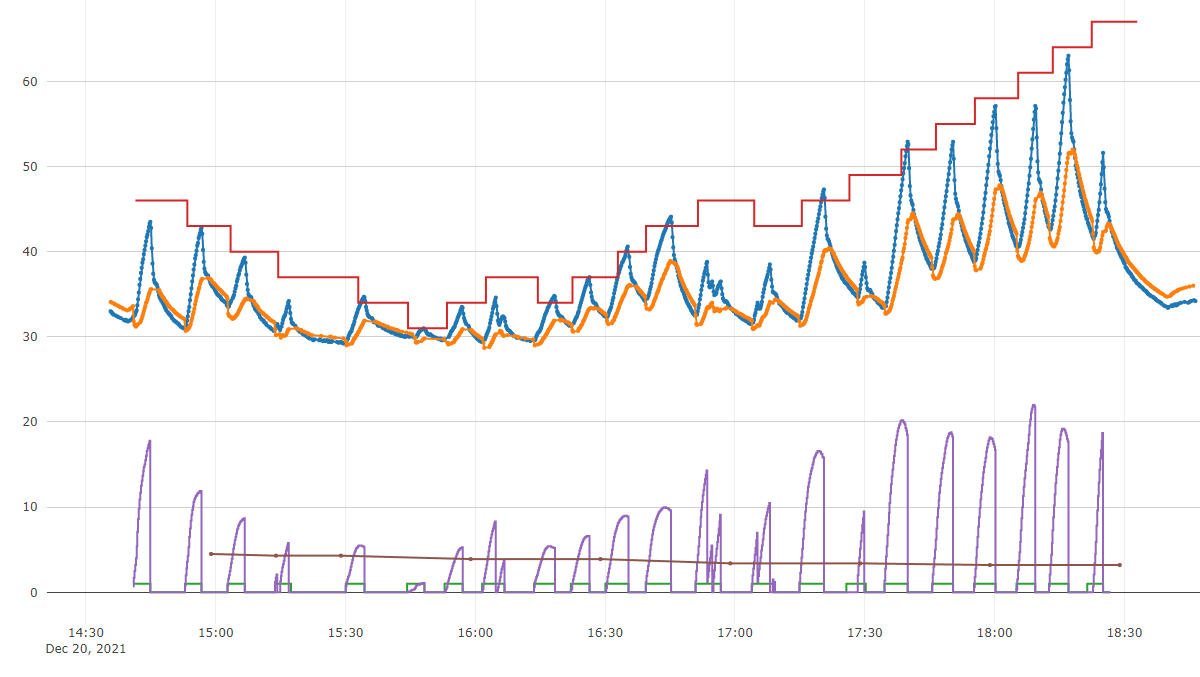 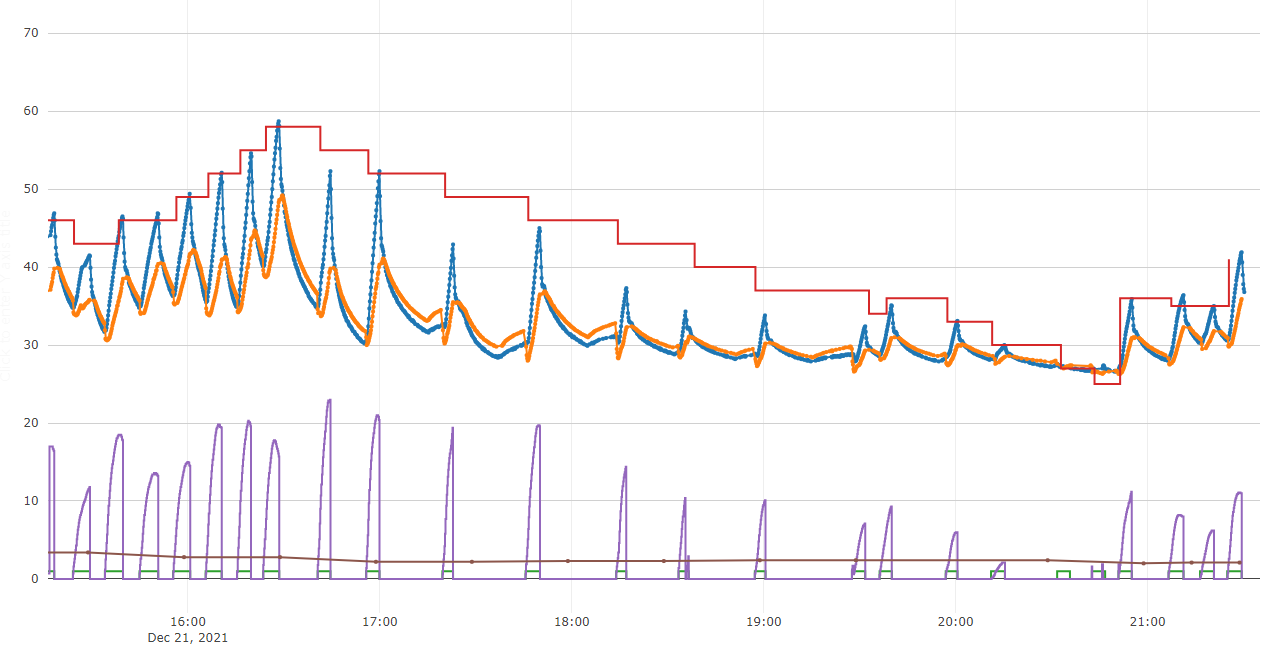 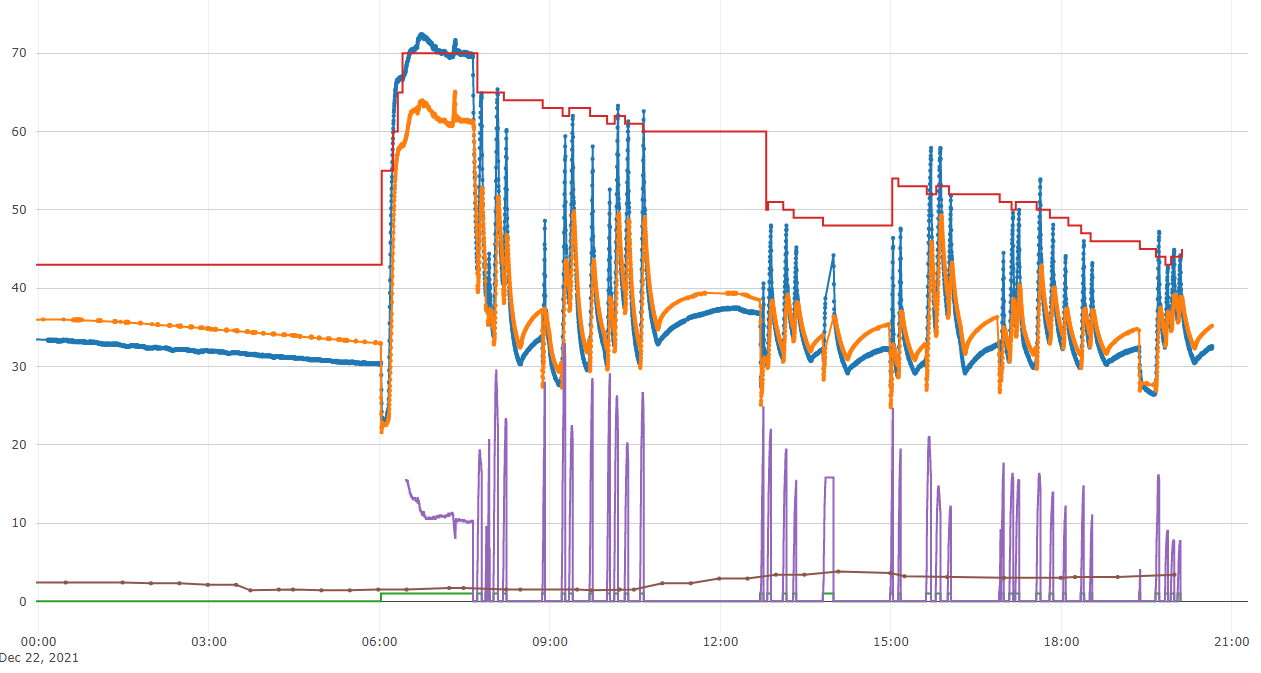 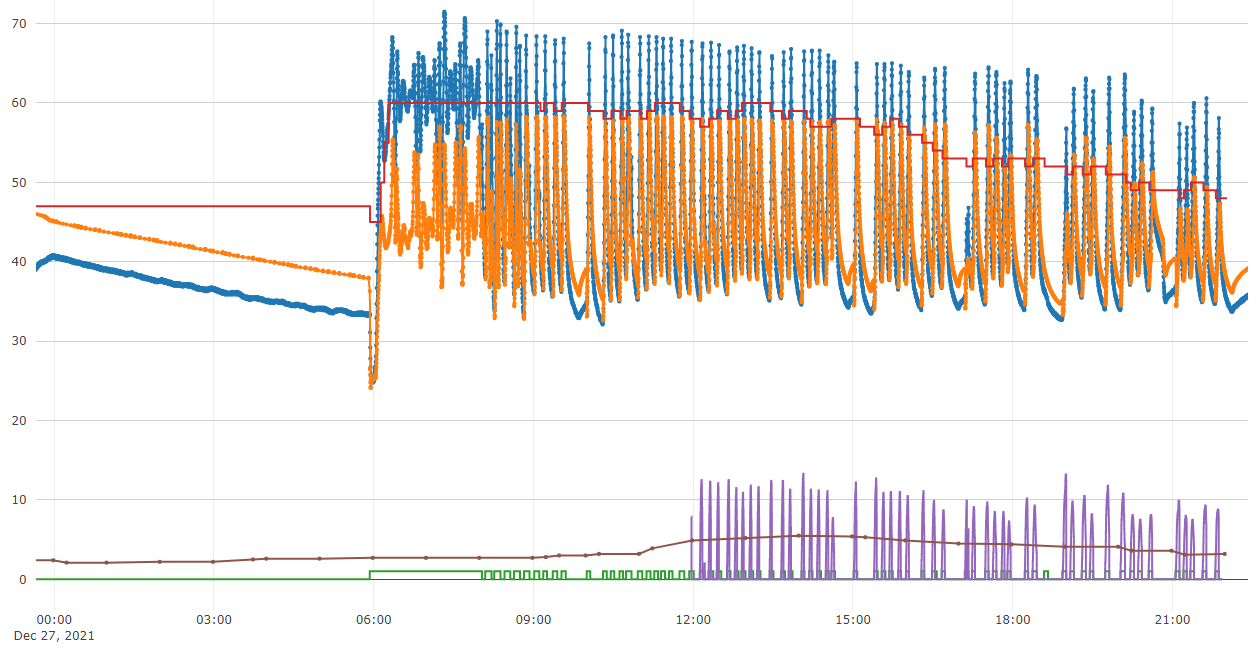 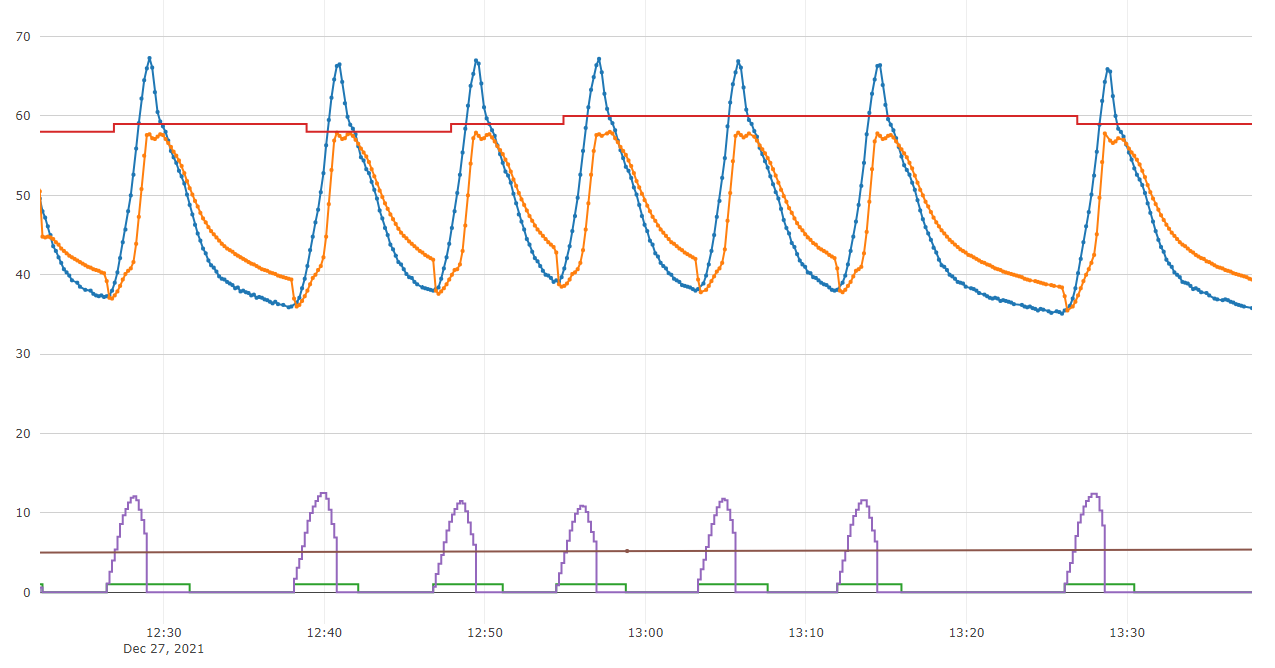 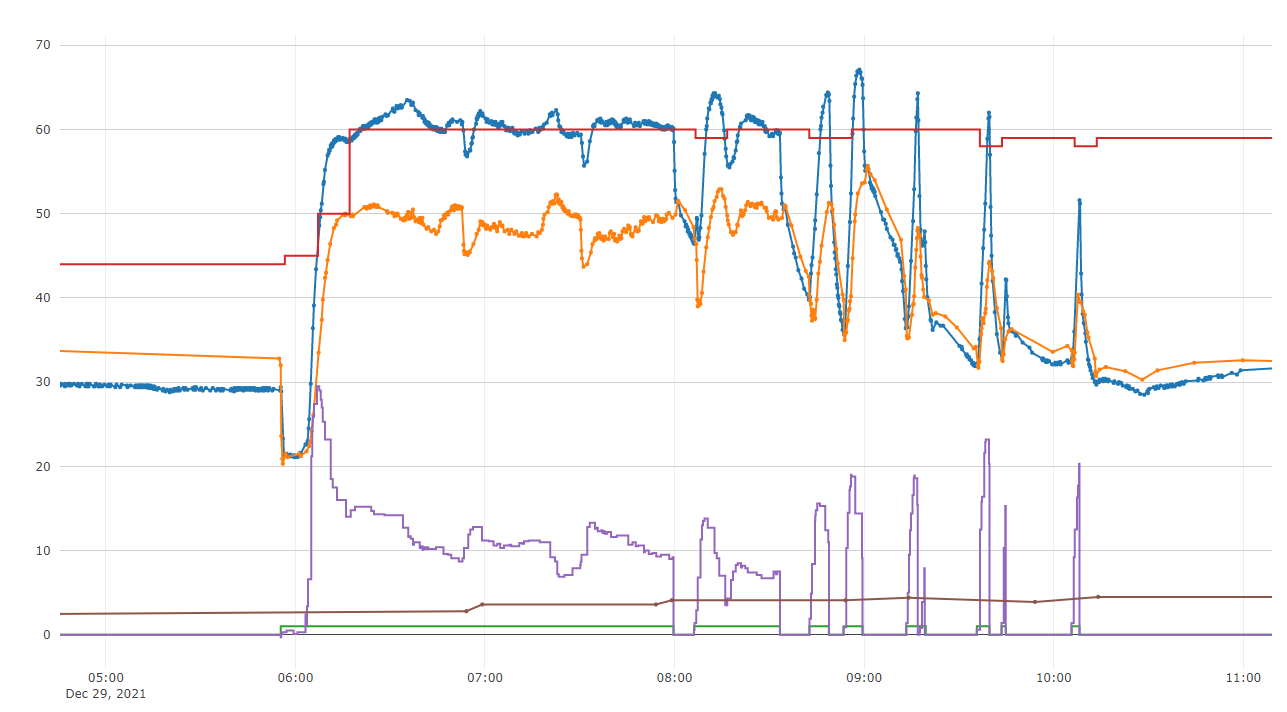 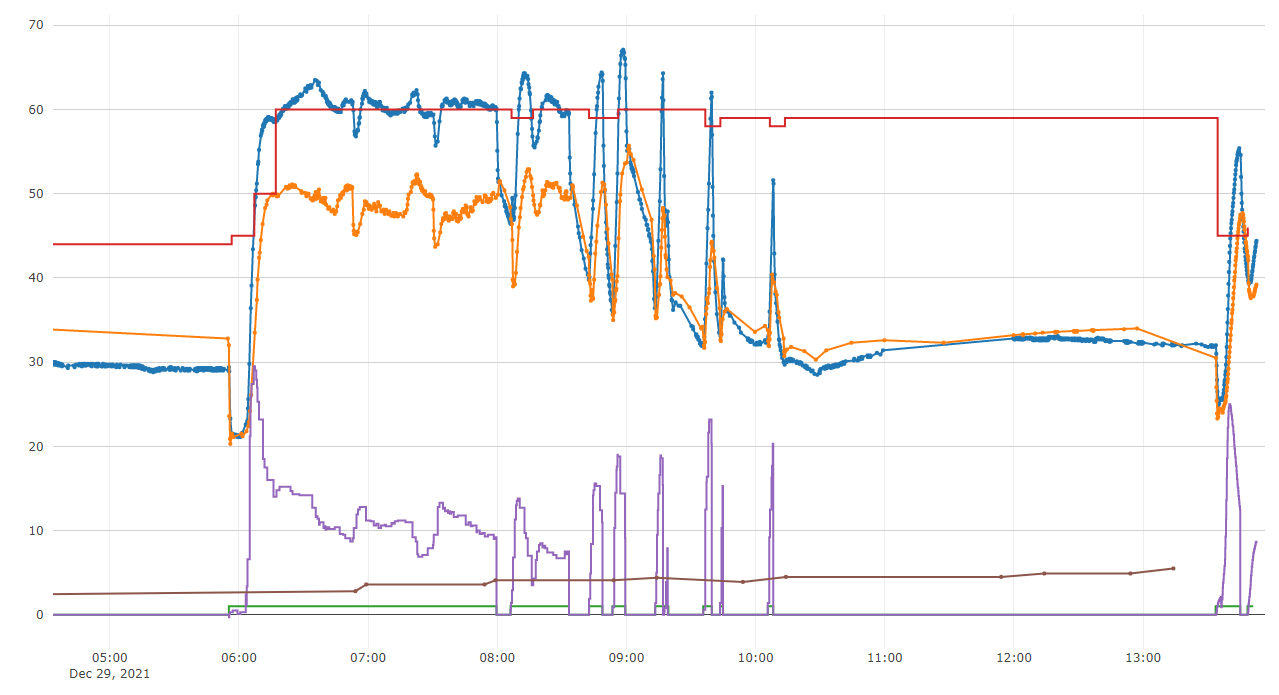 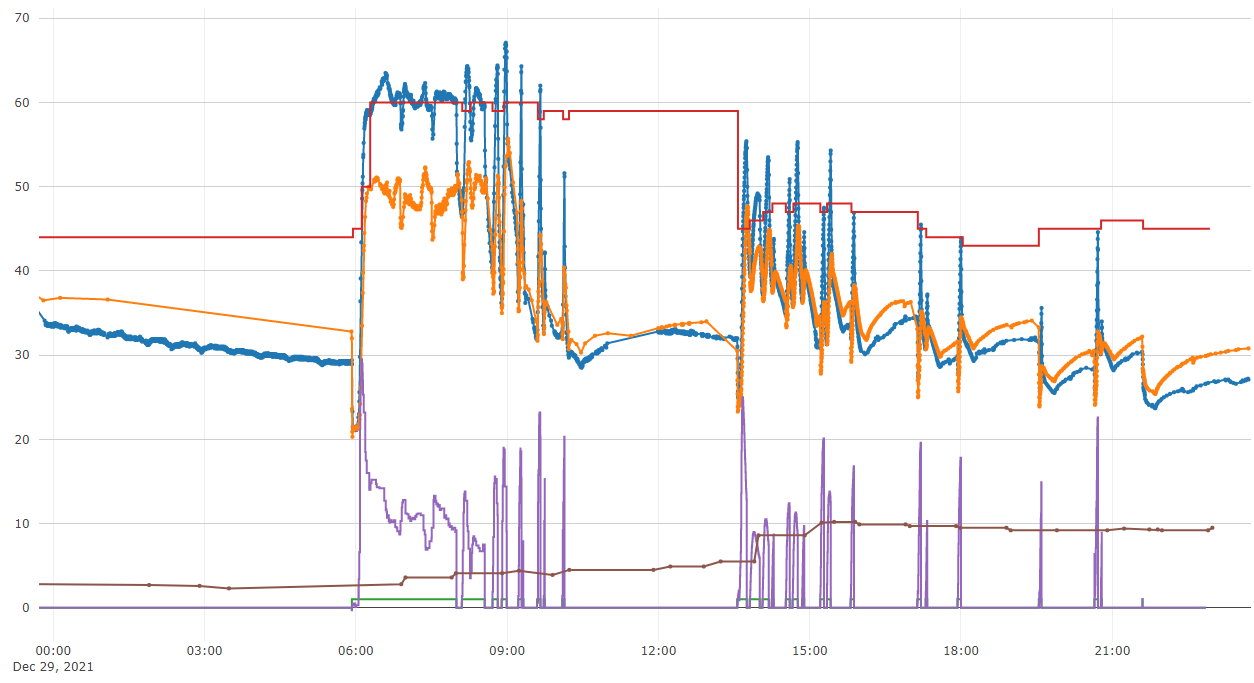 The room thermostat is calling regularly, meaning it is around setpoint at all times of steady operation. 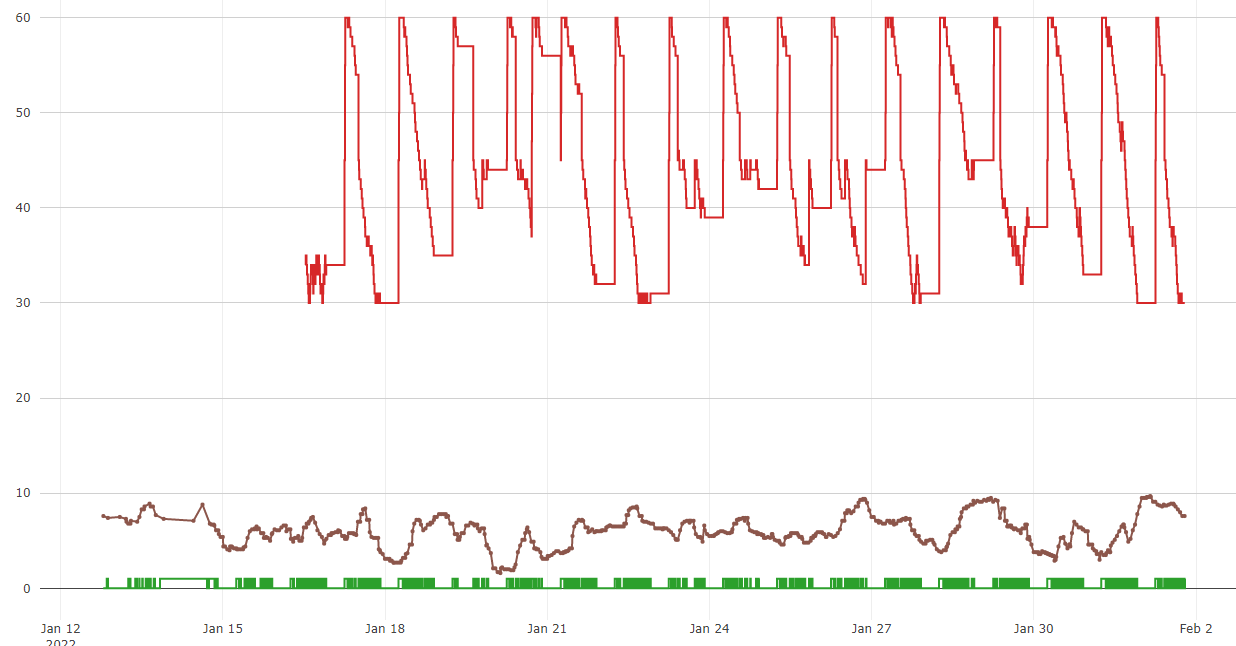 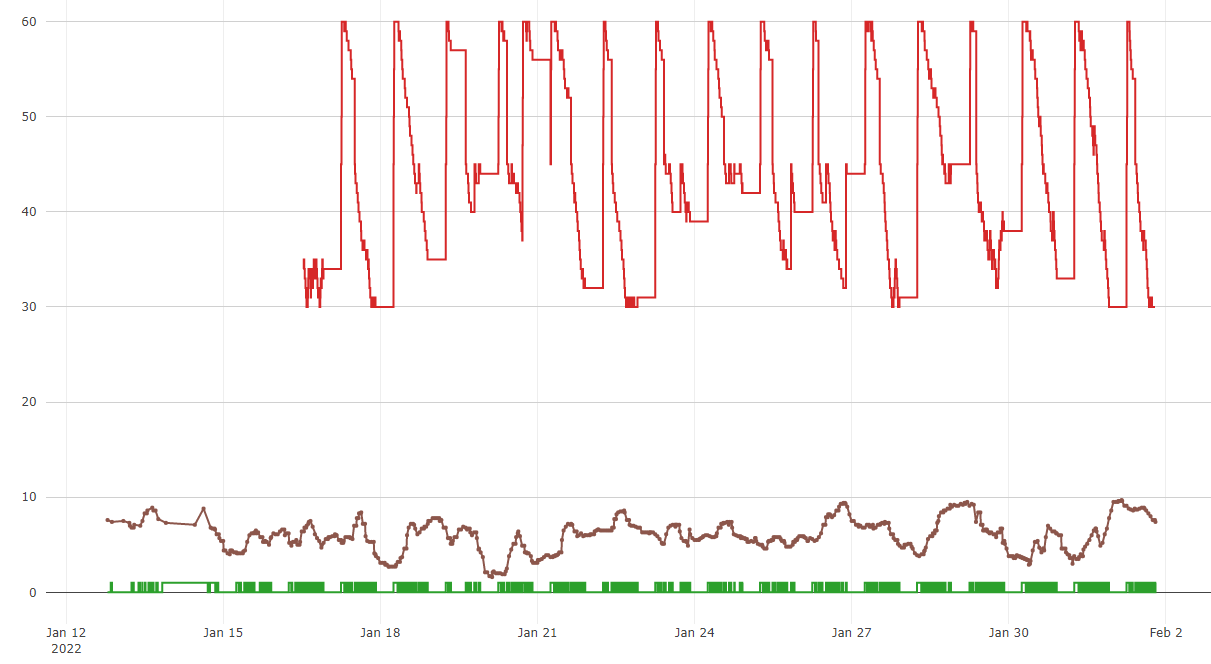 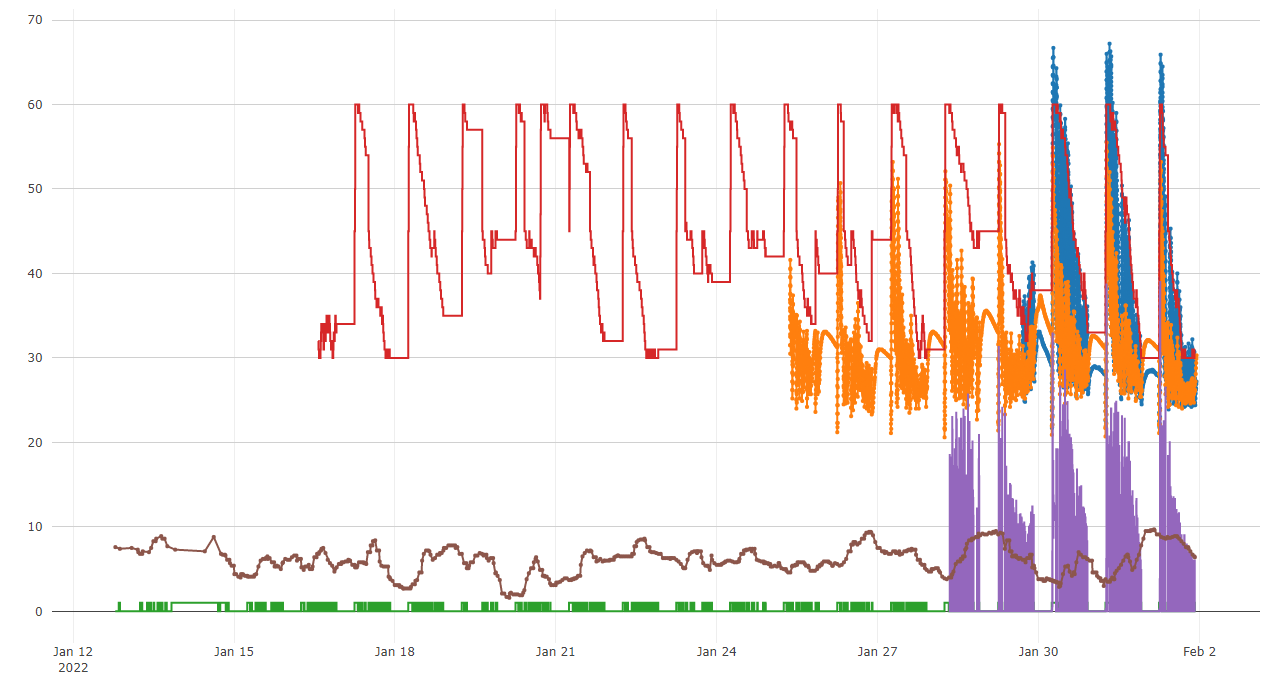 The room thermostat is calling regularly. The average return temperature is reduced from the initial 65C to 35C.

This data details over a week of operation, with outside temperatures between 0C and 10C throughout. The heating is maintained throughout with low VWART performance.

Radiators have not been touched at any stage and sit at the original 10C balancing. All updates have been remote on HIU logic. 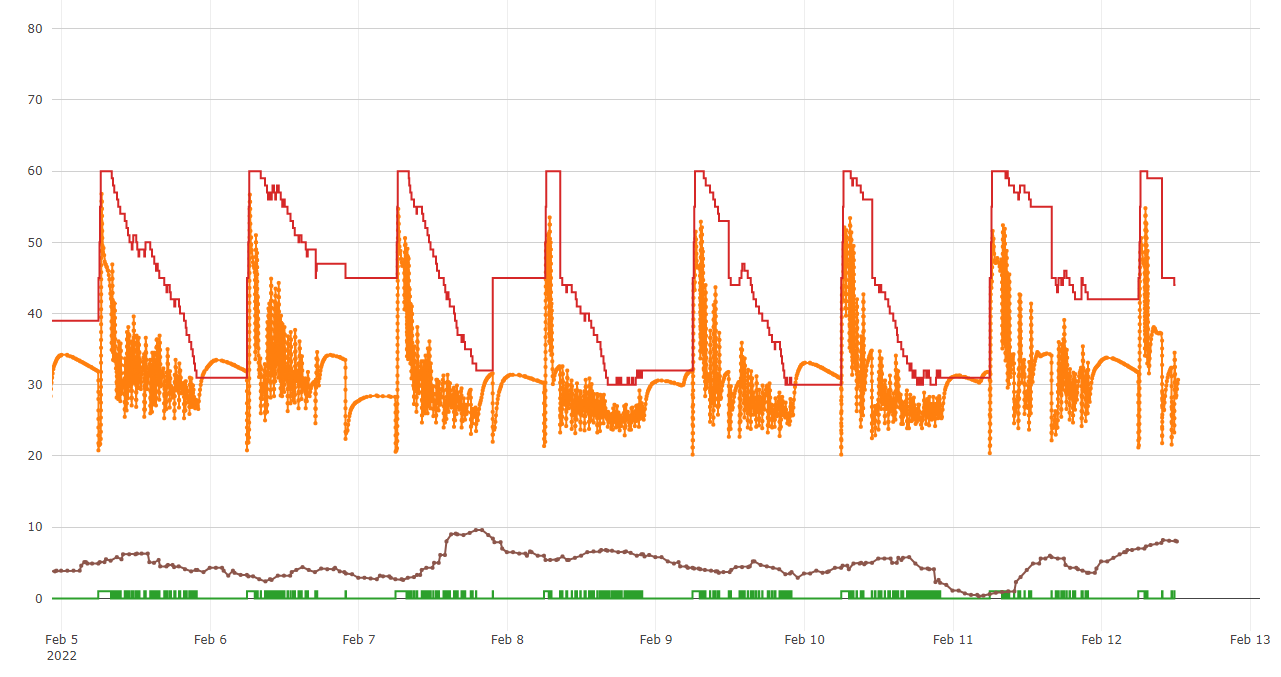 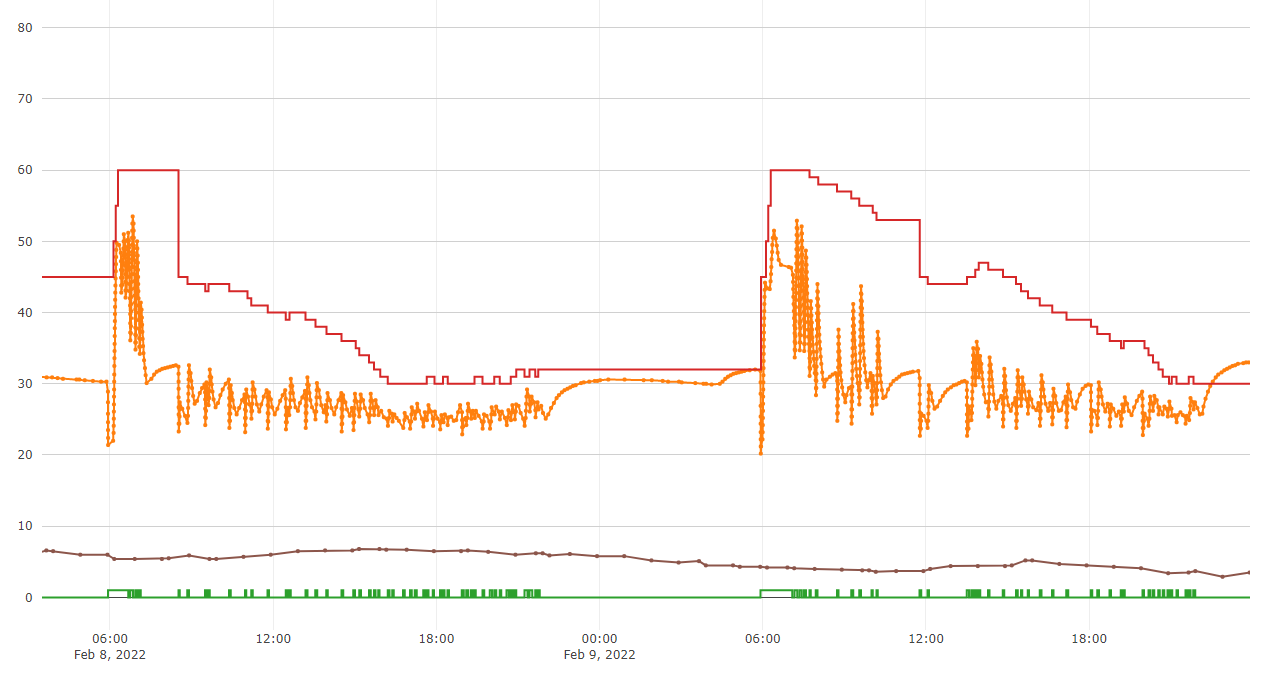 There is an argument that leaving heating on constantly overcomes the morning surges in heating demand. That is undoubtable.

However, whether this translates to net gain on energy is open to further analysis. Heat is saved by having no load for significant periods. And some people like it colder overnight.

From the data so far it would appear beneficial to at least have a startup period, where heating ramps up slowly. This can be achieved in two ways:

A further improvement can be seen from the data. It is clear that a return temperature of 35C would suffice, certainly if radiators were balanced to a higher temperature drop.

It is also clear from the data that even with RTL valves there is gain to be had in reducing return temperatures below their 35C limits. A combination of Chrono-Compensating control and RTL valves would offer the best solution.